You disliked this video. Thanks for the feedback!

Added 4 years ago by elsetube
330 Views
These spinning ice disks may seem bizarre, but scientists have a simple explanation for their movement.
➡ Subscribe: http://bit.ly/NatGeoSubscribe

About National Geographic:
National Geographic is the world's premium destination for science, exploration, and adventure. Through their world-class scientists, photographers, journalists, and filmmakers, Nat Geo gets you closer to the stories that matter and past the edge of what's possible.

Originally, researchers thought flowing river water created a whirlpool. A 2016 study found the motion was spurred by changing water temperatures. A vortex is formed when less dense warm water interacts with the cold surface ice. Flowing water is still needed to help the vortex spin, making it unlikely to be seen in lakes or icebergs. 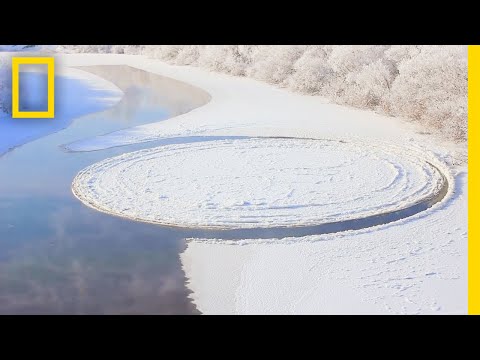 These spinning ice disks may seem bizarre, but scientists have a simple explanation for their movement. ➡ Subscribe: http://bit.ly/NatGeoSubscribe Abo...

Made with in Chandigarh, India | All rights reserved